Why should you make a Lasting Power of Attorney? Horror stories to enlighten you...

The impact Lasting Powers of Attorney bestow is tremendous and without one, the consequences can be catastrophic.  Similar to an insurance policy, you hope to never need to rely on an LPA but if circumstances arise and you need to, you will be in a much better position than without one.

Your bank can freeze your accounts, even ones in joint names.

Banks have the power to freeze accounts; both sole and joint ones. In this instance the husband had lost capacity and given the circumstances the wife thought that because their account was in joint names everything would be fine, unfortunately this was not the case. Having not appointed his wife (or anyone else for that matter) as his attorney, the bank had no choice but to freeze the joint account. This meant the couple had no access to any of their funds; mortgage payments were stopped; bills went unpaid and debts built, ultimately, everything was at risk.

Making a Lasting Power of Attorney would have mitigated this. The appointed attorney would have been able to continue to make financial decisions on the husband’s behalf and the account would not have been frozen. The Attorney can be anyone over the age of 18 and needn’t be the spouse.

When money is stolen whilst backpacking abroad no one can call your bank on your behalf.

Travelling abroad usually has positive connotations but things can go wrong. Having arrived in China, the parents back home in the UK received a message from their backpacking daughter to notify them her bank card had been stolen and could they call her bank to request a new one. Unfortunately, when the parents called the bank, no one would speak to them because neither of them were her appointed Attorney.

Stranded thousands of miles away with funds running out, all of this could have been avoided had the daughter appointed either one of her parents as her Attorney prior to travelling. Had this been done, the bank could have spoken to the Attorney on her behalf and resolved the issue immediately.

If you are involved in an accident the authorities can take control of your financial and health affairs.

In this example the individual was involved in a road traffic collision and suffered severe injuries, resulting in a loss of capacity. Having lost capacity, she was unable to make her own decisions and without a Lasting Power of Attorney no one in her family was able to speak on her behalf regarding her health and welfare decisions (life-sustaining treatment). Her next of kin was consulted but because she was not her appointed attorney, the authorities were the overall decision makers in terms of her treatment.  Being involved in an RTC still meant the bills had to be paid and similar to scenario 1 without an appointed attorney in place the management of her financial affairs were in the hands of her bank and not someone she trusted.

Nobody expects to lose capacity, especially so unexpectedly but had the individual made a Lasting Power of Attorney for both her financial and health affairs, someone she trusted would have been able to maintain her finances and ensure her wishes were granted in relation to her health and ongoing care.

If you struggle with budgeting no one can support you with important financial decisions.

On becoming 18, the son was now classed independent despite suffering from learning difficulties which meant he struggled to live independently. Having his own bank account meant he was responsible for making his own financial decisions and would often make costly mistakes with regards to the decisions he made. He understood that it was a problem and it often caused him a great deal of stress and anxiety.  The parents tried to discuss the situation with his bank but because neither parent was an appointed attorney they were unable to support the son with the management of his finances.

As soon as the son became 18, it would have been advisable for him and his family to discuss the idea of making a Lasting Power of Attorney. The son would have kept his independence and the LPA would have allowed his appointed attorney to legally manage his finances on his behalf.

Being diagnosed with Dementia does not make you exempt from making a LPA.

The common assumption is that upon diagnosis of dementia an individual is automatically exempt from making an LPA because they are deemed to have lost capacity. In this given situation this is what the family thought to be case and decided it was too late to make the suitable provisions. As a result when the Father lost capacity there was no one able to make his financial and health decisions on his behalf.

In the majority of cases, Dementia is usually progressive. Just because someone has dementia, it does not stop that person making an LPA - they may still have the relevant capacity to decide who should manage their affairs and a doctor or other independent body may be consulted to assess their capability. The family in this case could have made the suitable provisions after the father’s diagnosis so he could have appointed someone he trusted to make his financial and health affair decisions on his behalf. 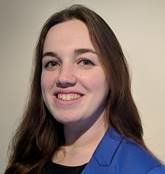 Find out more information about Lasting Powers of Attorney and arrange an initial no-obligation discussion with our probate and wills team. Contact Phoebe Tranter by calling 0116 212 1055 or email ptranter@lawson-west.co.uk.