2019 Divorce Statistics released today: 'Unreasonable Behaviour' used by 35% of all husbands and 49% of all wives

The Office for National Statistics has today published the Divorce statistics for 2019 and the data shows 107,599 divorces to be the highest seen since 2014's high peak of 111,169 divorces.

'Unreasonable Behaviour' was the most common grounds for divorce:

Unreasonable Behaviour had 35% of all husbands and 49% of all wives petitioning for divorce on these grounds in 2019.

"For 2020, divorce lawyers are predicting another rise in the divorce rate due to marriage difficulties and family tensions caused by lockdown and an increase in domestic violence. Divorce based on grounds of Unreasonable Behaviour means:

A husband or wife who has behaved in such a way that you cannot reasonably be expected to live with them. This could include:

If you are affected by an unsettled or difficult marriage and want to find our more about your options for mediation or divorce, please get in touch. 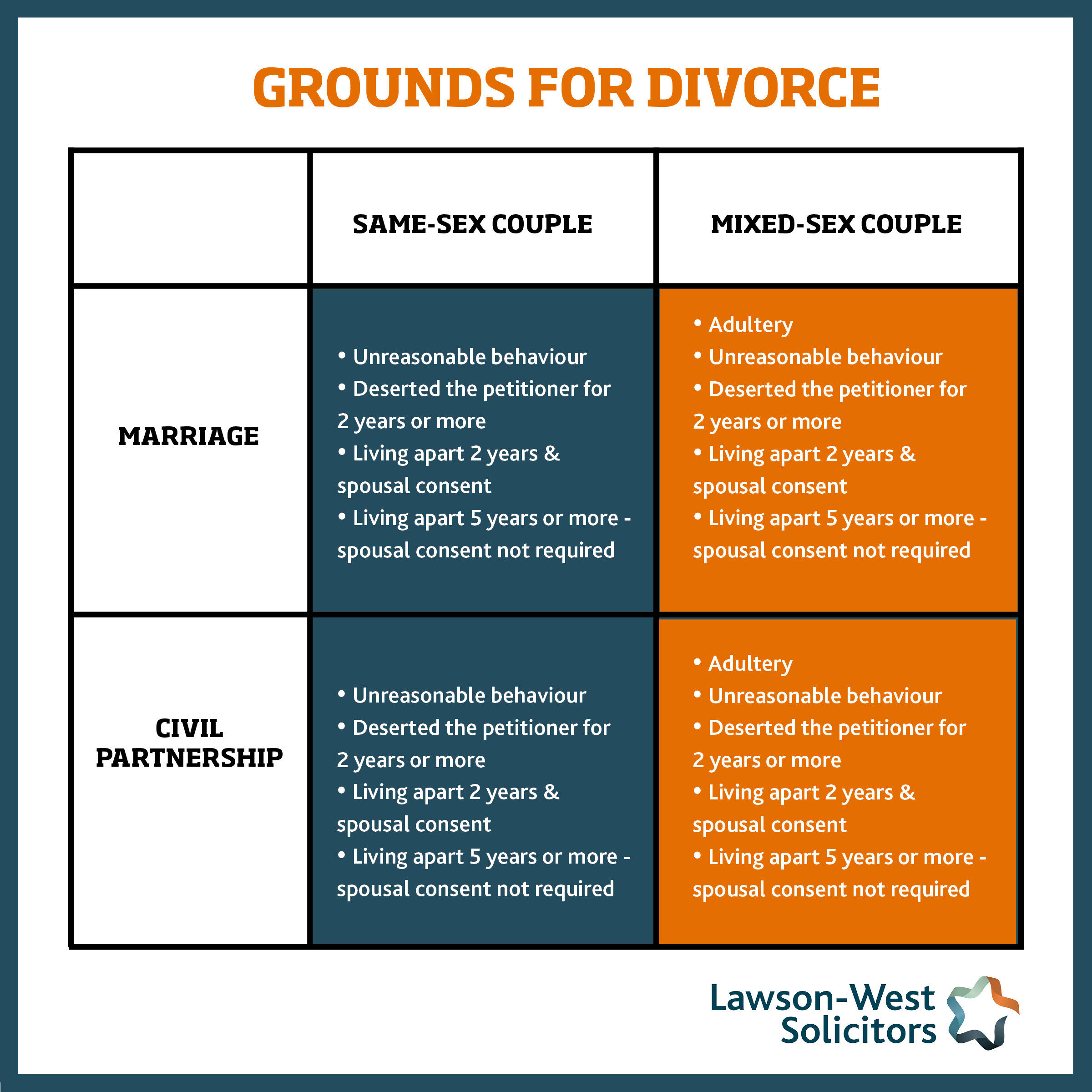