6 Ways to Leave Your Lease

I’m not sure I really need these premises – how do I get out of the lease?

There are six main ways for a Tenant to get out of your lease.  You do need to be careful because most leases have the statutory protection of Part II of the Landlord & Tenant Act 1954 (the 1954 Act).  This Act contains complicated procedures aimed at protecting Tenants but failure to follow these procedures can result in you as a Tenant losing rights or incurring additional costs and obligations:

1. Leave when the lease ends

– this is the obvious solution. The lease is for a fixed term so, provided you vacate (completely) the premises on or before the last day of the fixed term then the lease will come to an end on that last day.  No notice needs to be served.

However, you will remain liable for any outstanding obligations e.g. any rent arrears.

– a normal lease has a statutory protection (Landlord & Tenant Act 1954) so if you can’t completely vacate the premises by the end date of the lease, then you can serve three months notice on the Landlord and the lease will end when that notice expires. This is called a Section 27 Notice.  For example, if the lease has one month to go and you are unable to leave in that time, then you can serve the three months notice and the lease will end in three months.

But, this Section 27 Notice might not work if you or the Landlord have served any other notices under the 1954 Act.

There is no special form of notice, but it does need to be served in the methods required by the 1954 Act or, if different, in accordance with the lease.  Failure to do this could mean the notice is invalid so you might have to start all over again or, worse, this method may no longer be available due to a change in the circumstances.

– a break clause is the right for one party (sometimes both) to terminate the lease before the end of the agreed term e.g. in a ten year lease, the Tenant might have the right to end the lease at the end of Year 5.

Check whether there is such a clause in your lease and whether there are any critical dates.  There is usually an obligation to serve a notice on the Landlord six months before the “Break Date”, e.g. if you can end the lease at the end of Year 3, the notice would have to be served on the Landlord within the first two and a half years.

Be very careful with this because there are usually conditions attached e.g. that rent is up to date and failure to comply with those conditions and/or failure to serve the proper notice or serve it in the right way could mean that the break is invalid and you lose your right to end the lease.

– this is where both Landlord and Tenant agree that the lease comes to an end. If none of the other methods apply e.g., you are in the middle of a ten year lease with no break clause you can always ask your Landlord if they will accept a surrender of the lease and if the Landlord agrees then the lease will come to an end at that point.  The obvious problem is getting the Landlord to agree, after all they will then be missing out on rent for the rest of the term so the Landlord may well ask for a payment.  However, that is not always the case and the Landlord might be happy to have the premises back e.g. for a possible development or perhaps because they have a Tenant lined up who will pay a higher rent.  The Landlord may even want to use the premises themselves.

Surrender is not an easy way out – for a start a normal lease under the 1954 Act means certain procedures may need to be followed – but it can be the most effective because, for example, the surrender often draws a line under any other obligations that might be outstanding under the lease and any previous breaches of the lease obligations by the Tenant.

– it is also possible to surrender the lease informally. This is called surrender “by operation of the law”.  This means the parties each doing acts that clearly show they intend the lease come to an end.  A seemingly obvious act is the Tenant handing over the keys and the Landlord accepting them.

The problem is the lack of proof of the real intention of the parties, e.g. as Tenant you may hand back the keys but, several months later, the Landlord may claim that they did not intend a surrender and simply took the keys for security purposes.  Also, with an implied surrender it is difficult for there to be any record of any other terms that were agreed e.g. payment to be made or repairs to be done.

The purpose of properly written legal agreements is to minimise the risk of later arguments and the problem with any informal arrangement, including an implied surrender, is that it usually leaves grey areas which can lead to expensive disputes, particularly if someone is involved who is not one of the original parties.

– there are sometimes attempts to trick, persuade or force another party into a course of action by creating a difficult situation on purpose. For example, as above, a surrender by operation of law means that both parties have to do something which indicates their clear intention that the lease should come to an end.  For example, I came across a Tenant who put his keys through the Landlord’s letter box hoping that the Landlord would just accept the position.  The Landlord at first objected but unfortunately made the error of doing work to the property which, although these included repairing damage caused by the Tenant, were enough to constitute an acceptance of the keys and therefore a valid surrender.  Worse, the works were done six months after the Tenant had left but the surrender was deemed to have taken place the day the keys were dropped through the letter box (being the date of the “offer”) so the Landlord could not even claim rent after that period.

Another example is a Tenant who deliberately withheld rent and caused damage to the premises in an attempt to get the Landlord to terminate the lease and repossess the property.  Again, this worked because the Landlord felt it was better, from a commercial point of view, to have the premises back rather than continue the damaged relationship (and obviously take the opportunity to get a better Tenant next time!).  Obviously, the former Tenant remained liable for rent arrears and damage to the property.

When you sign a lease you are entering into a binding and legal commitment and you should do so having thought of the future so far as you can.  For example, do not enter into long leases if you do not have long term plans with those premises.  Having signed a lease, you will however see there are still ways to get out of the arrangement if you wish to do so.

There are two other options you probably need to consider which are assignment and sub-letting.  Neither bring the lease to an end but they can still be very useful in avoiding or reducing further costs.

Assignment is the transfer of the lease to another party.  As you would expect, this means you need the Landlord’s approval which usually the Landlord cannot unreasonably withhold or delay.  The Landlord’s concern will be to ensure that the incoming Tenant will be able to comply with the lease and, in particular, to pay the rent.

However, the thing to remember is that the lease continues to exist and you will usually have to act as a guarantor for the incoming Tenant.  The idea is that it is you that finds the new Tenant and therefore you share the risk with the Landlord if the Tenant fails to pay the rent.

Obviously, the new Tenant (assignee) steps into your shoes and complies with all the other terms of the lease including payment of rent.  You only need become involved if the Tenant fails to comply with their obligations. Once the lease has expired then your obligations cease.

Sub-letting is where you remain responsible to your Landlord for the least and find someone to become your own Tenant.  The Sub-Tenant then pays rent to you and you pay rent to your Landlord as before.  This can be particularly useful if the premises have a higher rental value than when you took the lease so the rent you receive is more than the rent you pay to the Landlord and you make a profit.  Even if the rental value has gone down, having rent from a Sub-Tenant can be set against the amount you actually pay to your Landlord.  This is useful because if the market has dropped then you may find it very difficult to assign the lease.

A further possibility is to sub-let part of the building.  This allows you to use part of the premises but get an income from the remainder.

Remember:  As you remain the Tenant of your own Landlord, you are still responsible for making sure all those original lease obligations are complied with. 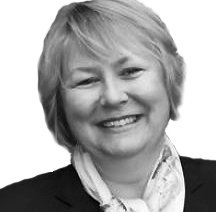 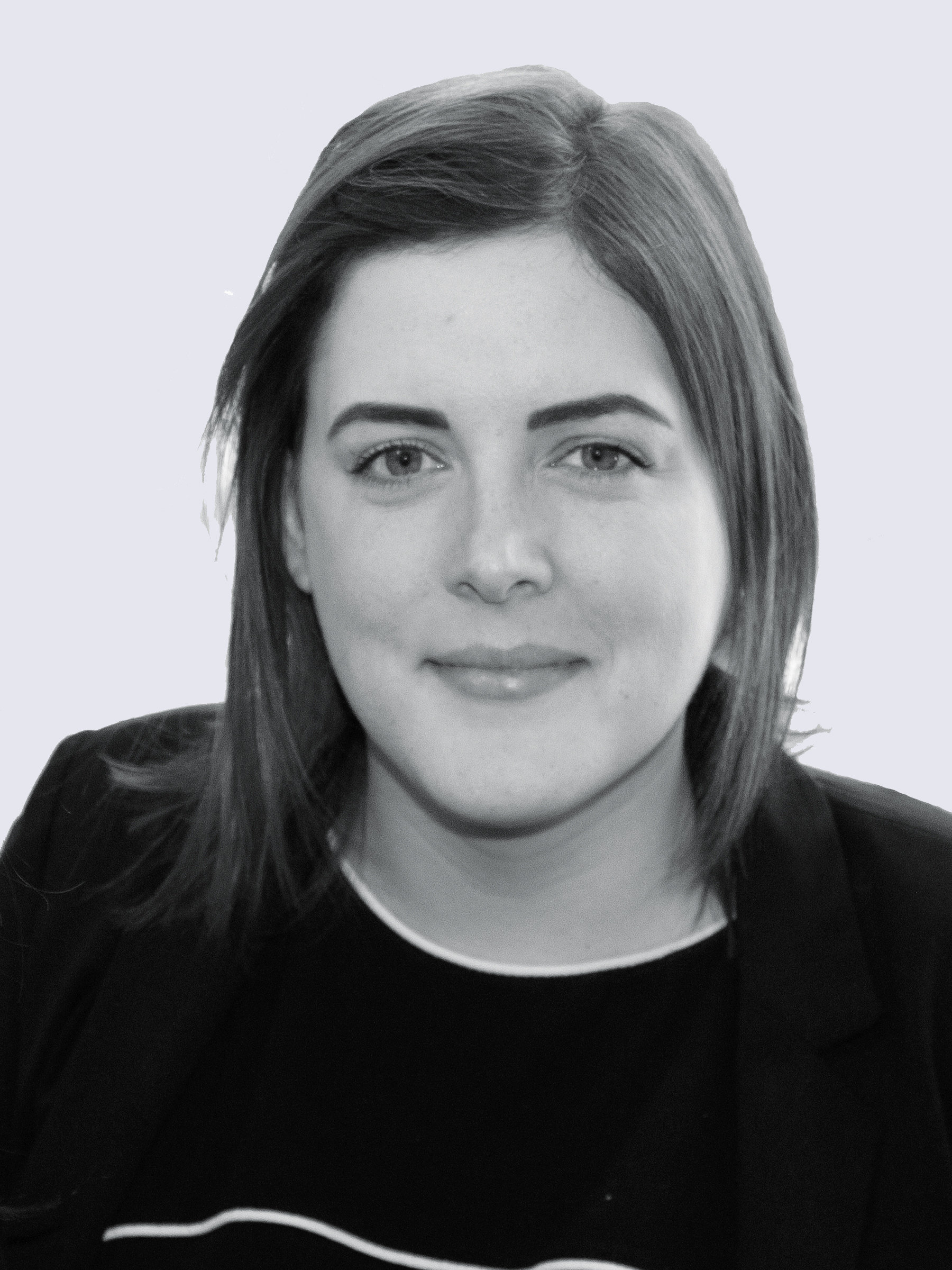