I was approached in 2019 by a senior executive Director of a high technology business, let’s call him Robert. Robert’s story is not uncommon.

Robert had started his career working for a technology business 35 years ago. He’d started at the bottom and worked his way up to middle management in his forties and then he realised his dream in the business and was appointed as a Director at 48yrs, a role he had held for eight years.

The management team of the technology firm, let’s call it E-Technics, had plans for growth for the business and wanted to expand operations into Europe, but two of the Directors were coming up to retirement and preferred to plan for exit.

The management board of directors decided to find an external investor for the business, someone who could provide the financial capital investment required to expand the business, and the existing directors would remain as shareholders.

They met with several would-be investors and asset finance companies, but, unfortunately for Robert, the investment approach they settled on was an external company who went on to buy 51% of the share capital, leaving the existing directors with a minority stake. The new majority shareholders of the business, let’s call them Exodus, soon took over the running of the business and the day to day operations were under their control as part of the takeover.

Robert’s experience of 25 years was disregarded. The new MD, Mr Wragge from Exodus didn’t like Robert much and made it known that he thought he was obstructive, hanging on to old company values and his opinions were laughed at and he was seen as being reluctant to change. The company had changed its focus and there was a new direction and paradigm and Robert was struggling to change with it. Of course, none of these are good enough reasons to dismiss someone.

What could Robert do?

He was made redundant by E-Technics on the premise that his role had been dissolved, he turned to Lawson-West Solicitors and we provided him with supportive employment advice and something he was in desperate need of – someone to talk to about his situation, offering independent support, empathy, advice and understanding of his position.

At Lawson-West we see hundreds of cases like this every year and they’re not uncommon. We were able to question the motives of the new MD and set out our support for Robert’s unique situation.

E-Technics eventually agreed an out-of-court settlement for their poor treatment of Robert.

Robert hasn’t looked back; he went on a well-deserved holiday with his wife and is now working in a new Director position where his views are listened to and he feels part of something amazing again. 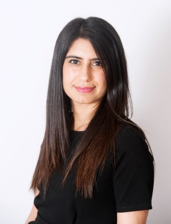 If you are facing difficulties at work and need supportive advice, please contact me, Vaishali Thakerar, Head of Employment at Lawson-West Solicitors, I’m here to help.

This case study is provided as example only and is based on the types of employment law case managed by Lawson-West. All names and situation details have been changed to protect the individuals and the employers. Please note that this is a basic overview only and should not be construed or relied upon as advice. Lawson-West Solicitors Limited accepts no duty of care to any third party in connection with this case study. You are encouraged to seek legal advice for your own set of circumstances and actions may differ from those illustrated.